In my job, people are forever telling me that my approach to the English language is all wrong. I believe that grammar, spelling, and punctuation carry equal importance with the ideas that a writer expresses. They claim that my insistence on correctness is, at best, backward, and, at worst, hateful and possibly racist. They say spelling is obsolete “since we have spell check,” and that grammar and punctuation are unimportant “because there is just so much information out there.”

I maintain that, in the era of BIG DATA, grammar, spelling, and punctuation have become more important than ever before. When only professionals wrote for public consumption, we could feel safe that they possessed the organizational skills and precision of presentation to tell us exactly what they meant. Now, anyone can transmit anything to an audience of indeterminate size. If they do it sloppily, our entire informational existence will become “a tale told by an idiot, full of sound and fury, signifying nothing.” There is no electronic shortcut that can tell us what a person is really thinking. That Shakespeare guy really knew a thing or two, didn’t he?

On one end of the spectrum lie the small, careless, ignorant errors: Hot Dog’s $1. I never understood that one. It’s actually more trouble to do it wrong. Or the graffiti on my grammar school walls: Class of “83.” As if it really were some other year. In a recent article from Sky & Telescope on line, Bob King and/or the editorial staff wrote it’s as a possessive. You don’t put an apostrophe in his or hers, do you?

“So what,” you’re asking. “It doesn’t matter as long as everyone knows what you mean.” Well, that’s where the lack of discipline required to produce correct grammar has greater consequences. Consider, if you will, the recent controversy between the Pope and Donald Trump. When asked about Trump’s proposed wall to keep Mexican immigrants from crossing into the United States illegally, Pope Francis made a statement which was translated into English by the Vatican Press Office. It said:

And then, a person who thinks only about building walls, wherever they may be, and not building bridges, is not Christian. This is not in the gospel. As far as what you said about whether I would advise to vote or not to vote, I am not going to get involved in that. I say only that this man is not Christian if he says things like that. We must see if he said things in that way and in this I give the benefit of the doubt.

That’s interesting, and not only because Trump call himself Presbyterian, not Catholic. 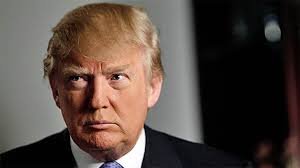 If the translation represents the Pope’s words accurately, then the Holy Father has blundered. His job consists of guiding believers in the areas of faith and morals. This means he acts as Christ’s representative on Earth, telling the world proper beliefs and how to  act on those beliefs. He could certainly say that a person’s actions or words were not Christian. He could recommend someone seek forgiveness for a transgression against another person. But he, as a human being, cannot judge another person. If actions could permanently disqualify a person from God’s grace, the Catholic sacrament of Reconciliation would not exist. In addition, many people misunderstand this sacrament itself. The priest in the confessional does not forgive the sin; only God can do that.

So, what if the pundits are correct, and the Pope’s words were mistranslated? John Leo believes that the English version of Latin and Italian thoughts might be inaccurate.

He seems to be offering a typical modern excuse for an important theological misstatement. But that’s also quite dangerous. Catholics who do not speak Italian or Latin depend on this translation service to deliver the Pope’s guidance to them. Hiding behind poor translation is sloppy and irresponsible. Some might argue that certain words do not translate exactly from one language to another. Exact translation produces different nuances of meaning. If this is such a case, the Vatican Press Office has a responsibility to tell us what the Pope meant by his words. I have a hard time, though, believing that they could not differentiate between criticism of an statement and judgement of a person.

So let’s all focus and get these things right, shall we?